The League of Conservation Voters (LCV) and United Steelworkers (UAW) announced Monday that they are committing $3.1 million to boost turnout in four states with pivotal Senate seats up this cycle: Arizona, Montana, Nevada and Ohio.

In Montana and Ohio, the campaign is designed to tout the environmental record of two incumbents up for re-election in 2018 in states that Donald Trump capture in the 2016 presidential election: Sen. Jon Tester and Sen. Sherrod Brown.

The campaign is also targeting two pickup opportunities for Democrats this cycle. The retirement of Sen. Jeff Flake gives Democrats in Arizona a chance to capture one of the state’s U.S. Senate seats for the first time since 1988. While the state has not yet held its primary, Rep. Kyrsten Sinema is a heavy favorite to advance to the general election, and the campaign touts her as a “champion” on environmental issues.

In Nevada, GOP Sen. Dean Heller is the only Republican incumbent up this cycle in a state that Hillary Clinton won in the 2016 presidential election. Heller is taking on Democratic Rep. Jacky Rosen in November.

“We don’t have to choose between good jobs and clean air and water, and that’s why conservationists and labor are coming together once again to elect senators who share those values,” LCV President Gene Karpinksi said in a statement announcing the campaign, “We know that face-to-face conversations about what’s at stake bring voters to the polls, and our combined efforts will be key to retaking a pro-environment majority in the U.S. Senate that will invest in the clean energy jobs of the future and ensure that our health and safety take priority over corporate greed.”

“Control of the U.S. Senate is in play, and this effort will directly communicate with the tens of thousands of voters who will decide the outcome of the election in these key states,” United Steelworkers International President Leo Gerard added in a statement Monday. 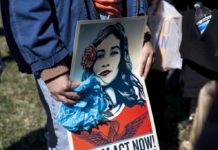 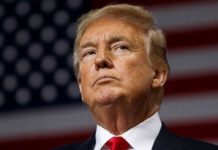