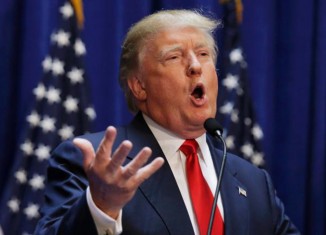 So, The Donald and The (ex) Canadian are heading for the border again. Well, almost,close enough for government work.
The Dallas Morning News is reporting that Presidential Candidate Donald Trump and Sen. Ted Cruz (R-TX), who also happens to be a presidential candidate, will be campaigning together, making a stop in Austin for a mega rally.
It’s tentatively set for Sept. 9 and the powers that be are still trying to decide exactly where this is going to happen, according to Politico, quoting the president of the Zionist Organization. They, along with Some Tea Party folks and the Center for Security Policy are hosting this wing-ding.

All sources seem to indicate Cruz has wanted the presidency since about birth and if I had to guess, Trump wants it, in part, to solidify his place in history. The ultimate capper to his legacy as a cultural icon.
It’s fair to say Trump needs Texas if he wants the oval office and Cruz needs to appear more moderate if he wants the rest of the country. Neither one of them have much political experience, but post the Bush Part Deux years, America seems to want rock stars in the oval office. The Democrats have had their own in Pres. Obama. Now, it would appear as though the Republicans have a couple of them, too.

What a ticket that would be. Staggers the imagination. And, it looks like it could actually happen.
What do we Texans think of Trump anyway?
We seem to like him.  And, we like him more and more by the minute. He’s whoopin’ up on Jeb! and Marco Rubio in Florida and according to the same Gravis Marketing poll (http://gravismarketing.com/) , he’s beating Cruz by double digits, too, 24 percent to 16, respectively while former Gov. Rick Perry holds a sad, little 4-percent margin.

Six months ago, most pundits and talking heads thought it would be a match between Hillary and Jeb. They thought Cruz was just too right wing to be a viable candidate and Trump? No way. And, now Trump leads in Texas.

Black is white, white is black. Dogs and cats are sleeping together. Are we headed for total mayhem and anarchy? I’m so confused, I don’t know whether to scratch my watch or wind my butt, as Truvy Jones says in “Steel Magnolias”.
These days, each election seems weirder than the last one. And this one is proving to be as weird as it gets.
Stay tuned. I, for one, cannot wait to see what happens next.