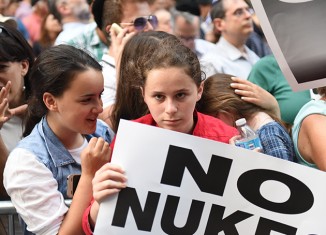 Xavier Salinas, a potential Republican candidate for U.S. House District 15 Congressional Seat, said working to stop Iran from securing nuclear weapons would be a top priority if he is elected to the U.S. Congress.

Xavier Salinas, has considered challenging current U.S. Rep. Ruben Hinojosa (D) for his chance to represent House District 15. Salinas believes that amongst several important issues facing this country, protecting its citizens should be a top priority for any person elected to represent the district.

Salinas is currently serving as Assistant Superintendent of the Weslaco Independent School District and is a current member of the Edinburg Consolidated Independent School District school board. Salinas believes his success in business and background in education gives him the ability to lead and inspire citizens looking to regain hope in a district governed with apathy and incompetence.

“I am very concerned that a regime that chants “Death to America”, holds our citizens captive, and finances terrorist activities, would be given the capability of developing nuclear missiles,” Salinas said.

If Salinas enters the race for U.S. Congress, he will make the following pledges to the people of House District 15. 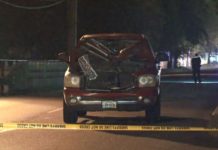