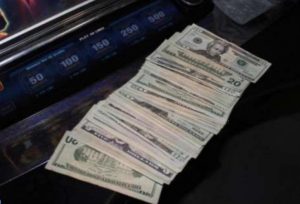 “The search warrants were the result of an investigation launched from anonymous information received via the Laredo Police Department app,” LPD said in a statement.

Authorities executed the first search warrant in the 500 block of South Loring Avenue. Officers said they located 27 slot machines inside the location. LPD said they discovered that the location failed to register with the City of Laredo Building Department for the required permits to operate.

A second raid was reported in the 5100 block of U.S. 59. Officers located 40 slot machines along with cash inside the machines.

“In addition, both businesses were found to be non-compliant with the following COVID-19 regulations: No sign-in required upon entrance; No face mask requirement; and No social distancing enforced,” LPD said.