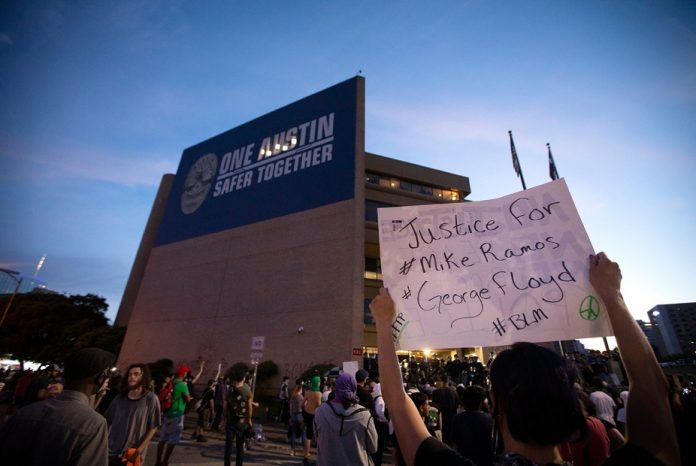 Last year Michael Ramos, a black hispanic man was killed in Austin, Texas in a use of force incident by Police Officer Christopher Taylor.

The altercation and subsequent death of Michael Ramos lead to many anti police brutality protests in Austin.

The Austin Police Department released footage of the shooting. The video shows officers ordering Ramos to exit his vehicle, hold his hands up and lift his shirt. He complied before inching back toward his car door, visibly distressed. He repeatedly yelled, asking what was going on, telling officers he did not have a gun and asking them not to shoot. Seconds later, Officer Mitchell Pieper fired a lead pellet-filled bag, known as an impact munition, considered “less lethal” by police. Ramos then reentered his car and proceeded to drive. Taylor fired three rounds at the moving vehicle, killing Ramos.

The warrant was issued yesterday for the arrest of Christopher Taylor with a bond set for $100,000. Taylor turned himself into the Travis County Jail and was released on bond within about a half hour around midnight. It is extremely rare for police officers to face murder charges in shootings or other fatal encounters while on duty, but several Texas cases in recent years have resulted in a murder conviction.