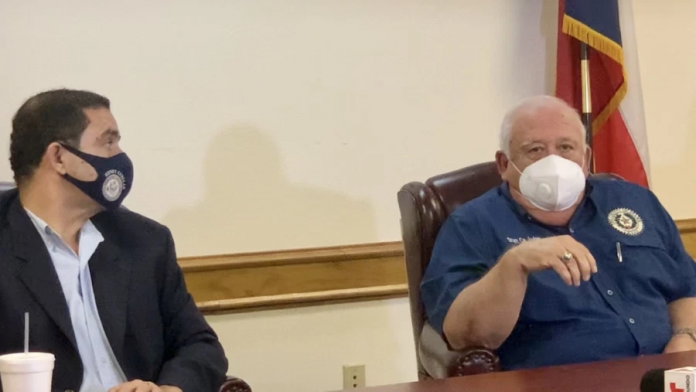 This Center, located in Laredo is housing nearly 700 teenage migrants, before arriving at the Center the two Texas lawmakers meet with various local leaders and humanitarian organizations.

“Everybody I’ve heard from today said that this is just the beginning and that things are going to get much, much worse,”

“This bill that we just passed – we just added over $100 million,” Cuellar said. “So it should be available to help with the humanitarian relief.”

Sen. Conryn said he was worried that without bipartisan an immigration reform won’t be possible and that better messaging from the White House and migrants who want to come to the U.S., the migrants’ surge will continue.