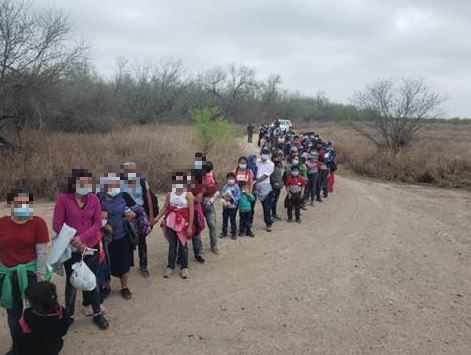 Later near La Grulla, Texas agents encounter another large group of 113 people, seven unaccompanied minors, most from Central America, and a small group of 17 people from Romania.