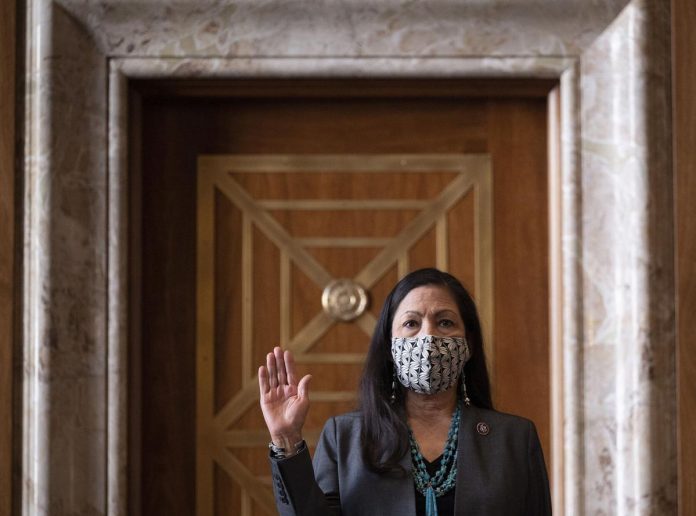 This Monday the Senate has confirmed Rep. Deb Haaland as Presindet Biden’s secretary of the Department of the Interior.

This is the second term for Democrat Rep. Deb Haaland. Haaland has been the representative for New Mexico’s 1st congressional district since 2019 and this has made her the first Native American Cabinet secretary in U.S. history.

The Senate vote was 51-40 sith four Republicans joining Democrats in favor of Haaland.

The Department of Interior has a staff of 77,000 employees and is charged with overseeing the country’s natural resources; it also manages 500 million acres of American land, which is one-fifth of the total surface area of the United States.

“If an Indigenous woman from humble beginnings can be confirmed as secretary of the Interior, our country holds promise for everyone,”

Haaland is one of the first two Native American women elected to Congress, alongside fellow Democrat Sharice Davids of Kansas.