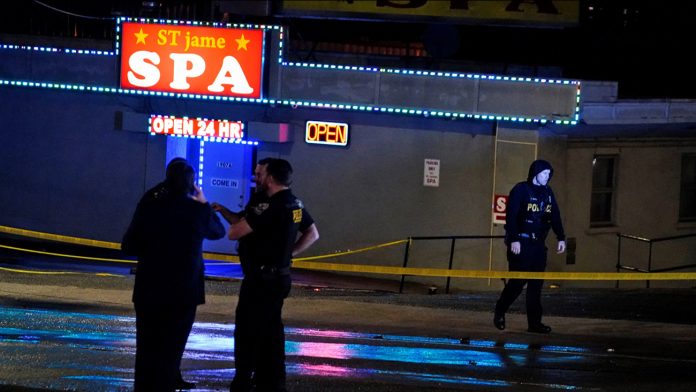 Atlanta Police reported shootings at two massage parlors in the city and another one in the suburbs leaving eight people dead, many of them women of Asian descent.

Atlanta police officers responded a call of a robbery in progress at one spa around 5:50 p.m. and found three women dead from apparent gunshots, while they were at the scene, they learned of a call reporting shots fired at another spa across the street and found another woman dead.

Earlier, around 5 p.m., five people were shot at Youngs Asian Massage Parlor in Acworth, about 30 miles north of Atlanta. Two of the victims were dead and three were transported to a hospital where two of them also died.

A 21 year old identified as Robert Aaron Long was taken into custody in southwest Georgia hours later after a manhunt.

Social media users are calling this an Asian hate crime, this is an ongoing story.