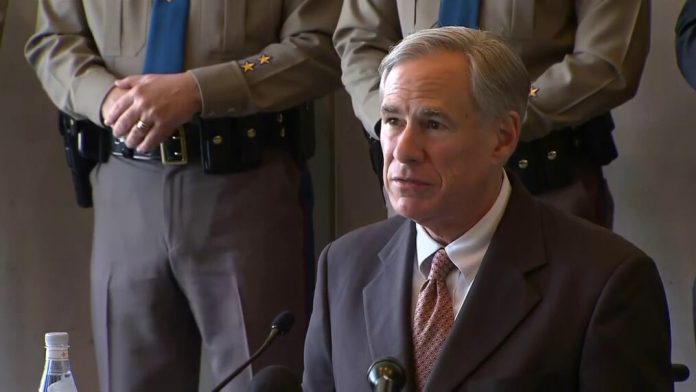 Governor Greg Abbott held a conference today at a Hotel in Dallas Texas, just across Kay Bailey Hutchison Convention Center which is set to become for the next 90 days a temporary FEMA shelter for 3,000 unaccompanied boys between the ages of 15-17.

The shelter will be opened by the U.S. Health and Human Services to the some of the strain off Border Patrol, which is not supposed to hold children for over three days.

Abbott has repeatedly blamed the Biden Administration for the overall surge of immigrants.

At today’s conference, he said “These sites are a direct result of President Biden’s reckless open border policies that are causing a surge in crossings and cartel activity. The administration has yet to provide answers that Texans deserve.”

“A crisis is when a nation is willing to rip a 9-year-old child out of the hands of his or her parent and separate that family to deter future migration,” Mayorkas said, responding to the Republican Governor labeling of the border situation as a crisis, and making references to Trump’s administration.