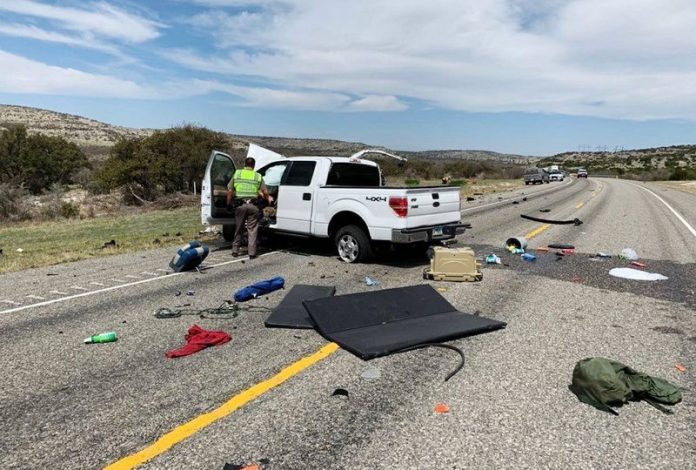 AUSTIN, Texas – A truck with nine passengers, all of them immigrants, crashed on the road when being chased by a patrol, the truck fled after having refused to stop for traffic violations, eight of the passengers were killed in the crash that happened on the Texas border near the city ​​of Del Rio, according to authorities.

The crash occurred Monday afternoon on federal highway 277 when officers from the Texas Department of Public Safety (DPS) were pursuing a red Dodge pickup, the agency said in a statement. The truck collided head-on with a white Ford F-150 pickup nearly 30 miles north of Del Rio.

In the Ford F-150 came the driver and a minor, both of them were hospitalized, also hospitalized was the only survivor of the Dodge truck.

This accident is not a coincidence, it is recorded at a time when immigrant crossings have increased throughout the United States border.

Earlier this month, 13 people were killed in one of the deadliest road accidents involving immigrants who had entered the United States illegally.

The number of encounters on the southwest border has been increasing steadily since last April,” National Security Secretary Alejandro Mayorkas said in a statement released Tuesday.