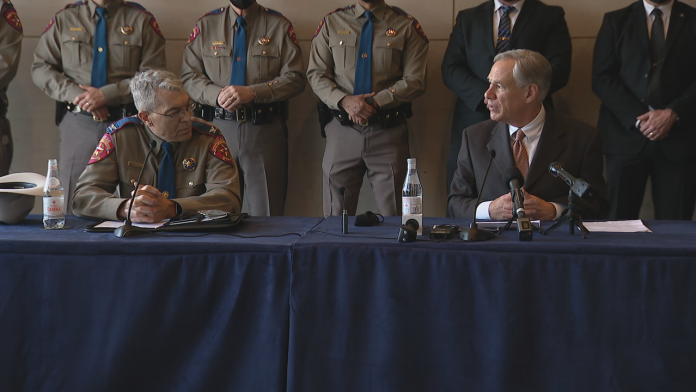 Dallas Convention center is now been used by FEMA as an emergency center for the next 90 days to help ease the strain on intake areas at the border overrun with a surge of minor unaccompanied migrants, a few blocks away Abbott gave his advice for how to treat them and what’s his opinion on the surge of minors seeking asylum.

“They’ve been threatened by the cartels,” Steve McCraw, DPS Director said. “When the cartel says, ‘If you talk, we’re going to kill your family,’ they actually mean that.”

But Steve Romero, a criminal justice lecturer at the University of Texas Rio Grande Valley, said the governor and DPS’ plans are far-fetched.

“Questioning a minor is not always the best evidence because what they see and what they saw and how they interpreted it could be convoluted,” Romero said.