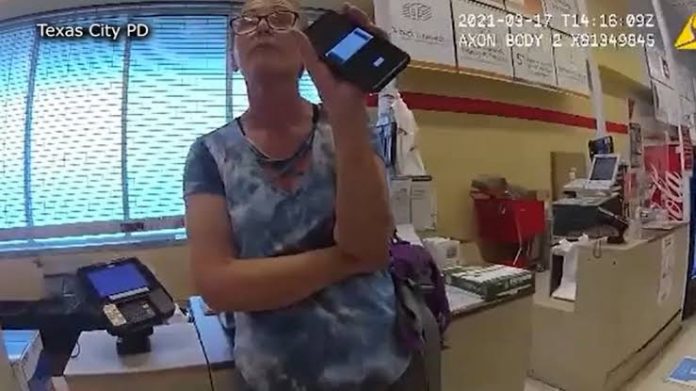 Last week Texas City police was called at a Bank of America branch where a woman was refusing to wear a mask, Terry White made national headlines over that altercation but that hasn’t make her change her mind, this week she was arrested again for the same reasson.

Now police was called at an Office Depot store because she was again asked to wear a mask but refused to neither put one on or leave the premises.

Abbott’s mask mandate lift has confused people about their duty to wear a mask at businesses that require them, otherwise, they may be charged with trespassing.