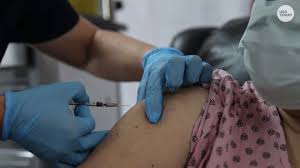 AUSTIN – On Saturday Texas reported the fewest number of Covid-19 hospitalizations since October 8 with 3,620 as of last week, the most recent figure available, with a reduction in new daily infections.

The estimated number of active coronavirus cases in the state also fell by more than 1,000 to 106,578, as efforts to vaccinate more individuals are increased.

According to the Texas Department of Health Services, there were 3,673 new cases reported on Saturday. This figure brings the total number of people infected with the virus in Texas to more than 2.74 million.

According to data from the Johns Hopkins University, Texas has reported 47,198 deaths as a result of the virus. The investigators also stated that in the last two weeks, the average number of new daily cases has dropped by 38% to 2,486.