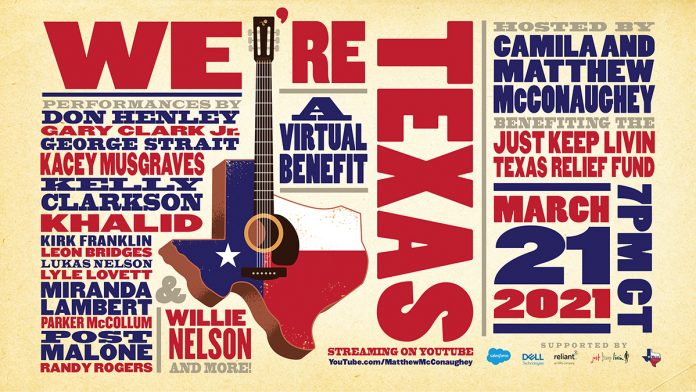 AUSTIN, Texas — The virtual revival of Matthew McConaughey’s “We’re Texas,” a concert and benefit for those affected by February’s winter storm, took place on Sunday night.

The just keep living “We’re Texas” Relief Fund was established by McConaughey and his wife, Camila, to raise money for Texans who are still struggling to recover from the winter storm that swept through the state.

The proceeds from the fundraiser will go to a variety of charities, including:

Throughout the concert, viewers were able to donate at any time, and it featured performances by:

On his YouTube page, the concert debuted at 7 p.m.