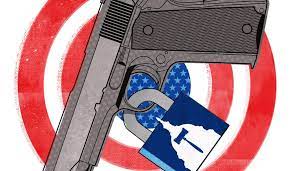 WASHINGTON, D.C. – President Joe Biden asked Congress on Tuesday to approve “immediately” measures to strengthen gun control in the United States, including banning all assault weapons, all of this just hours after a shooting in Boulder, Colorado that left ten people dead.

“We can save lives,” Biden said in a statement from the White House about the Monday shooting at the Colorado supermarket.

The House of Representatives approved the bill a few days ago, and Schummer said he would present it to the Senate.

In addition to the Boulder attack, on Monday, there were three other shootings in Asian massage parlors in the state of Georgia, which left eight dead.