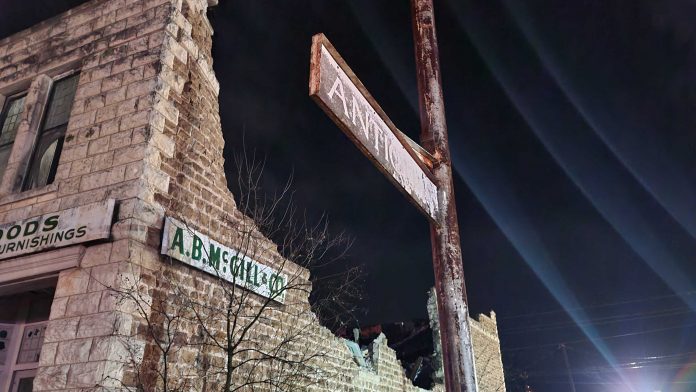 Monday night, a storm with strong winds was reported in central Texas city, no immediate reports of injuries were made but some buildings were damaged.

A.B. McGill & Co. General Store, which was built in 1905, and other buildings from the downtown area collapsed.

More storms are expected for Wednesday and Thursday in Southeast U.S.

The damage was either caused by the storm and strong winds or a tornado, the National Weather Service is working to determine the cause later this week.