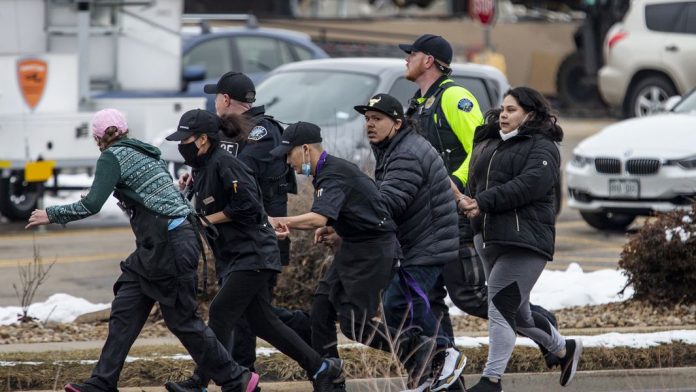 This Monday afternoon a mass shooting was reported at a Colorado supermarket, leaving 10 people dead and many frightened.

Officers arrived at the scene, the first one to arrive was also fatally shot and was pronounced dead.

Boulder Police confirmed a suspect was taken into custody but authorities didn’t identify him.

“This is a tragedy and a nightmare for Boulder County, “Boulder County District Attorney Michael Dougherty said. “These were people going about their day, doing their shopping. I promise the victims and the people of the state of Colorado that we will secure justice.”

Authorities identified Policeman Eric Talley, 51, who had been with Boulder police since 2010. He was the first to arrive after responding to a call about shots fired and someone carrying a rifle before being shot.

The other nine victims have not been identified yet.

Monday’s attack was the seventh mass killing this year in the U.S., following the March 16 shooting that left eight people dead at three Atlanta-area massage businesses.