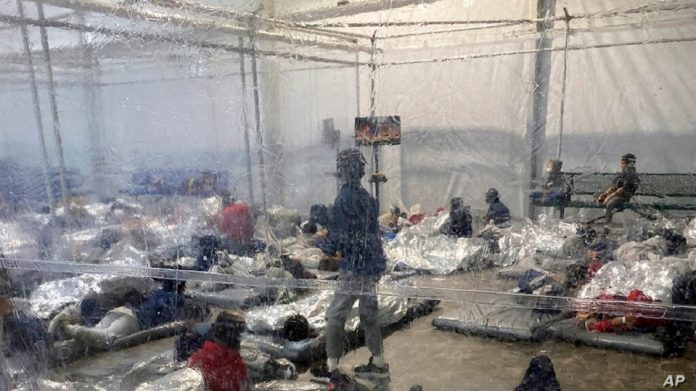 Congressman Henry Cuellar has released images of a migration facility in Donna, Texas, that show minors in a crowded area with plastic divisions, inside the divisions, migrants are covered in foil blankets and lying on plastic mattresses.

“We have to stop kids and families from making the dangerous trek across Mexico to come to the United States,” Cuellar said. “We have to work with Mexico and Central American countries to have them apply for asylum in their countries.”

Today U.S. authorities flew to Mexico to talk about migration and partner with Mexican authorities to stop the migrant surge both countries have experienced for the past year.