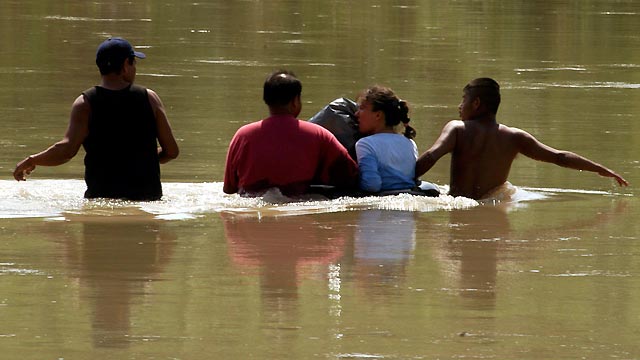 The Air and Maritime Division of McAllen, Texas, reported that in the middle of a helicopter overflight six undocumented immigrants were found trapped on a peninsula on Tuesday after entering the United States illegally.

The Border Patrol has detained more unaccompanied minor immigrants so far in March than in all of February, preliminary data shows.

According to the statement, they are three adults and three babies with obvious fatigue and trapped in a kind of peninsula without access near McAllen.

During the operation, a low overflight and the descent of agents who cleared the vegetation in the area with the help of axes was carried out, so that the helicopter could land and board the immigrants, who were transferred and made available to the Border Patrol of the U.S.