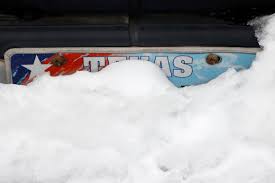 At least 111 people died in the state of Texas from causes related to the winter storm that affected millions of residents from February until the beginning of this month, many of them Hispanics, according to data published this Thursday (25) by the State Department of Services Department of Health (DSHS).

Health officials said in a statement that between February 11 and March 5, 111 Texans died as a result of the winter storm, which lowered temperatures well below freezing for several days and left the city without power. region.

Harris County was the hardest hit with 31 deaths. The area, to which the city of Houston belongs, has 4.7 million inhabitants, 43.7% of them Hispanic.

In its report, the DSHS said that most of the storm-related deaths so far have been associated with hypothermia.