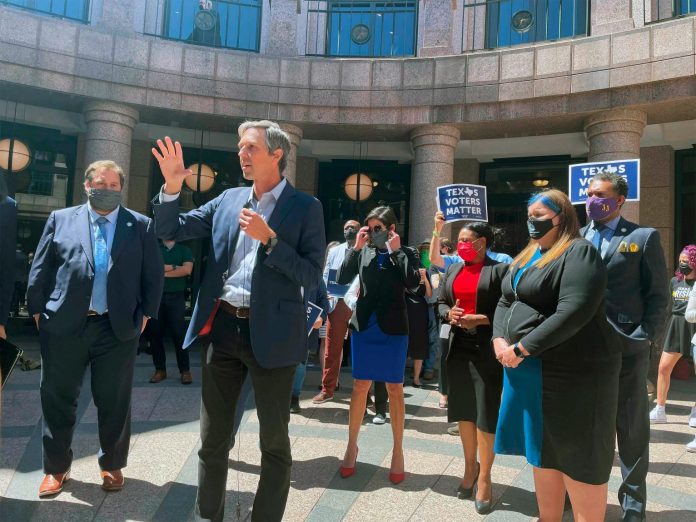 A slate that would reduce options to cast ballots and limit polling hours proposed by Republicans has advanced in Texas.

A first vote on the Senate bill was slowed by hours of questioning by Democrats by eventually the measure passed 18-13 in a vote along party lines.

One measure would eliminate drive-thru voting, which more than 127,000 people around Houston used during early voting last year. More than half of those voters were Black, Latino or Asian, said Democratic state Sen. Carol Alvarado.

“Hearing all of that, who are you really targeting when you’re trying to get rid of drive-thru voting?” she said.

Republicans rejected claims that the bill was designed to suppress turnout.