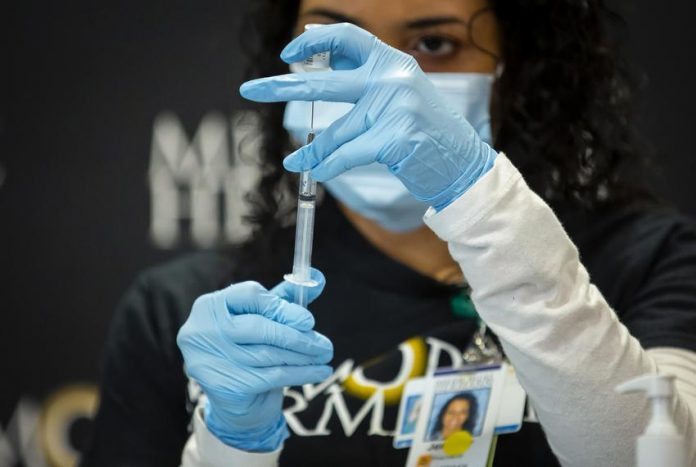 AUSTIN, Texas — According to the state health department, another 2.5 million doses of the coronavirus vaccine will arrive in Texas next week.

The remaining doses will be given to those who have not yet received their second dose.

The state has given out more than 11.8 million doses of the vaccine, according to the agency, and the federal Centers for Disease Control estimates that 27 percent of the state’s population has received at least one dose.

The vaccine is now available to all Texans aged 16 and up.

Since the pandemic started, the health department has confirmed over 2.4 million virus infections and 47,639 deaths. According to data from Johns Hopkins University, Texas has the third-highest death toll in the world.

The state health department on Friday reported 2,928 people hospitalized, down from a high of more than 14,000 in January.