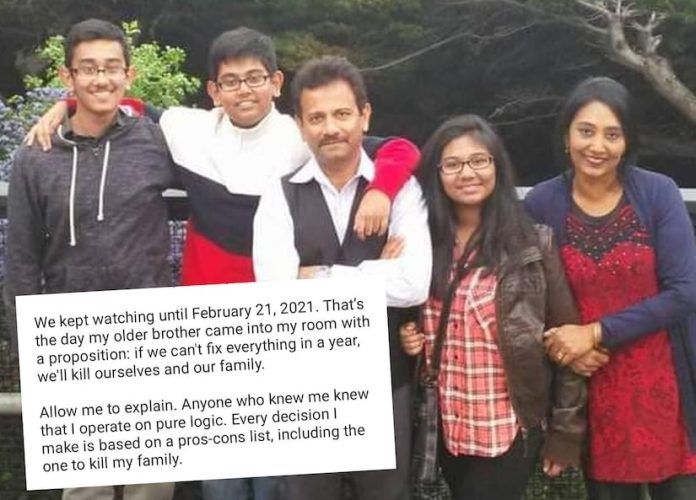 Texas Police found six people from the same family died in an Allen home: they suspect a suicide pact.

The Texas Police, in the United States, found six members of the same family dead at 1:00 a.m. on Monday, April 5, at 1500 Pine Bluff Drive, in the city of Allen, county Collin’s: Two of the young men found dead are suspected of committing a suicide pact.

Farhan Towhid (19 years old) and Tanvir Towhid (20 years old), found dead in the house in Texas, would have been the ones who committed the suicide pact. A neighbor and friend of these young people alerted the police and said that the young people had suicidal thoughts, in addition to that some would have warned on social networks about the plan.

One of the Towhid brothers reportedly laid out plans for the suicide pact in an Instagram post, mentioning being clinically depressed. Jon Felty, a Texas police sergeant, confirmed to the media that the family was originally from Bangladesh, a country located in South Asia.

The suicide pact would have happened between Sunday and Monday in Texas, while several neighbors said they are dismayed by the situation. Local media outlets ask to contact the police if anyone has information about the case, and offer help to people with suicidal thoughts.

According to local media, a letter from one of the Towhid brothers confessed to having killed members of his family, and later committed suicide. He also commented that he had suffered from a severe picture of depression since childhood, and they had accepted that the inhabitants of that house had legal access to firearms.