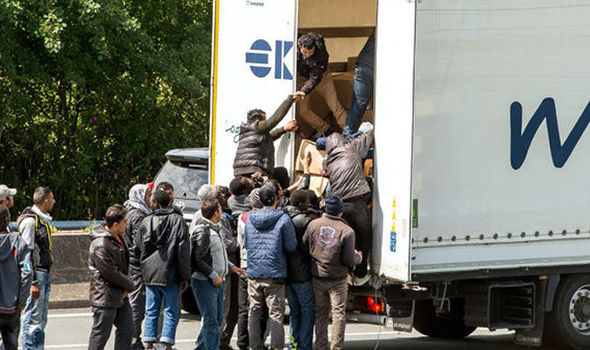 Border Patrol agents, in collaboration with the United Independent School District (UISD) Police Department of Laredo, Texas, detained 63 undocumented migrants inside a commercial cargo truck on Wednesday during a failed human smuggling operation. according to Customs and Border Protection (CBP).

CBP indicated that the incident occurred last Monday night when officers from the Laredo Sector responded to a request for assistance from agents of the UISD Police Department who had stopped a trailer.

Federal agents arrived at the scene and discovered 63 migrants inside the vehicle. It was determined that all were illegally in the United States and that they came from Mexico, Guatemala, Honduras and El Salvador.

The migrants and the driver, a US citizen, were taken into custody pending further investigations, CBP said in a statement.

None of the detainees had the equipment to prevent Covid-19 infection, for which it was provided, in addition to being medically examined. During the inspection of the vehicle, a small bag of methamphetamine was found. Both the drug and the truck were seized by the Border Patrol.