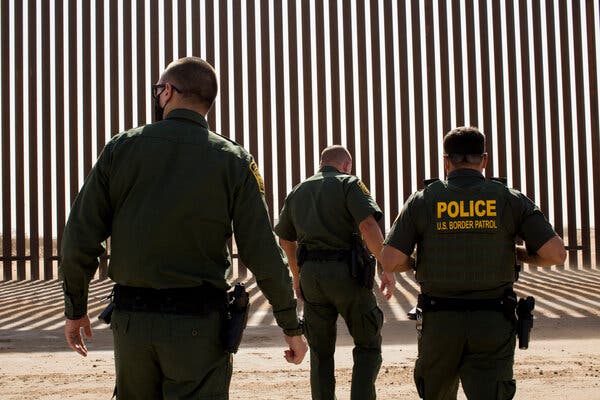 More than 200 local police chiefs in the United States asked President Joe Biden on Wednesday to stop the “illegal mass migration”, which would lead to the settlement of transnational gangs and drug trafficking in the country’s neighborhoods.

To do this, they said, it is necessary to return to the “sensible policies” of former President Donald Trump and “resume the construction of the wall on the border.”

“We are deeply concerned about the dangerous impact of your government’s border policies,” the officials said. “We urge you to change course and help us protect our communities by establishing control of the southern border,” they added.

In March, more than 170,000 migrants from Mexico and Central America were detained by Customs and Border Protection (CBP). The number of accumulated detentions in that month amounts to almost 70% more than in February when the detention of more than one hundred thousand migrants was reported.

The number of migrants arriving at the southern border of the United States has been increasing month by month since May 2020, and already surpassed the 100,000 mark in February. Most of the displaced come from Central America, where the US government has already sent humanitarian aid.

The flow of illegal drugs from Mexico to the United States continued to increase during the presidency of Donald Trump (2017-2021), with a 63% increase in cocaine, heroin, methamphetamines and fentanyl seized in fiscal 2018, compared to 2014.

According to the Office of Customs and Border Protection (CBP), 85% of the drugs smuggled in through the southern border pass through the official ports of entry into the country, hidden in vehicles and not carried by migrants who cross through other sites. .

Police chiefs added that Biden and his Secretary of Homeland Security, Alejandro Mayorkas, “are fully aware of what immigration does to our citizens, legal residents and communities.”