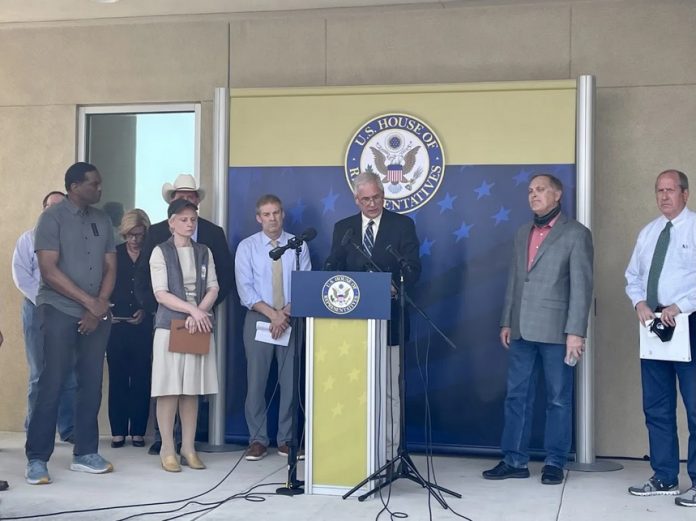 Yesterday Republican lawmaker’s tour of the U.S.-Mexico border came to an end with a press conference held in Edinburg.

All members of the delegation were in agreement that the border policy changes made by President Biden’s Administration have contributed to what they are calling a “crisis at the border”.

Jim Jordan called this surge of migrants entering the U.S. line nothing that has ever seen in the history of border patrol, questioning the current federal administration intentions.

Congress Tom McClintock said that their visit was “the most disturbing field tour they have ever witnessed,” after seeing hundreds of migrants crossing then released.

Member of the delegation also said they invited their Democratic counterparts however they declined.