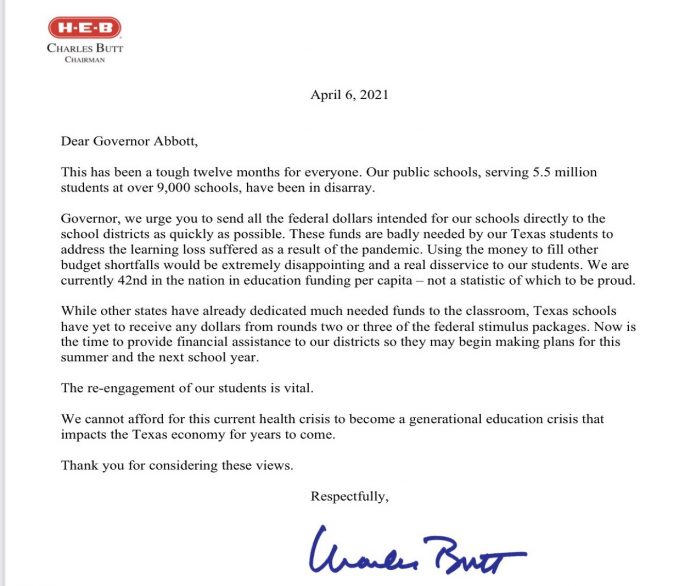 The letter asks Gov. Abbott to release federal relief funds to the school districts “as quickly as possible”.

Gonzalez said via Twitter: “HEB is spot on. The fed government appropriated relief funds for schools to help in their recovery from the pandemic, not for the state government to fill budget shortfalls. It’s long past time to release these critical funds.”

Governor Abbott has responded to neither the letter nor to Gonzalez’s tweet.