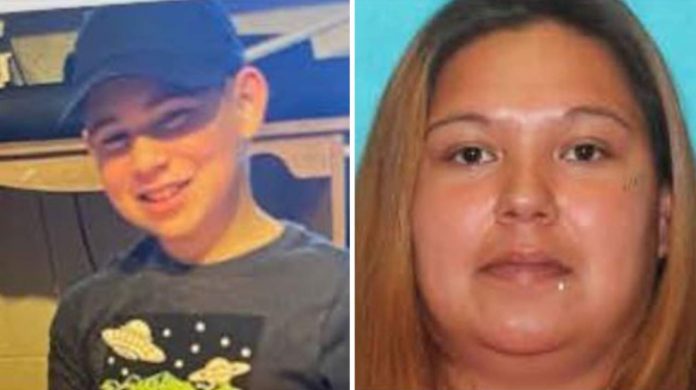 GONZALES, TX – A 12-year-old boy from Gonzales has been put under an Amber Alert because he is thought to be in danger.

Aaron McBeth is a white male with blond hair and brown eyes who stands 4 feet 10 inches tall and weighs 85 pounds. According to Gonzales police, he was last seen wearing a gray “Iron Man” tee, blue jeans, black shoes with side stripes, and a dark blue baseball cap.

In connection with McBeth’s disappearance, authorities are also searching for a 32-year-old woman.

Sylvia Garcia is a white woman with brown hair and brown eyes who stands 5 feet 2 inches tall and weighs 150 pounds.

Call 911 or the Gonzales Police Department at 830-672-8958 if you have any information about their whereabouts.

The Amber Alert system was established in 1996 and is now used in all 50 states, as well as the District of Columbia, Puerto Rico, and the US Virgin Islands. It stands for America’s Missing: Broadcast Emergency Response and was founded as a memorial to Amber Hagerman, a 9-year-old girl who was abducted and murdered while riding her bike in Arlington, Texas.

You can view all active Texas Amber Alerts from the Texas Dept. of Public Safety here: