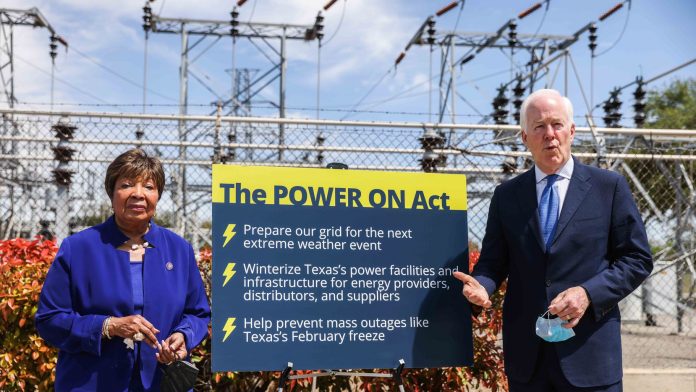 Texans are learning more about the toll of February’s winter storm, which is now blamed for the deaths of 125 people.

Hypothermia claimed the lives of the majority of those who died. Some died in their own homes due to widespread power outages during the deep freeze, leaving them without shelter.

Legislators in Texas are working on measures to fix the power outage. Washington legislators are now getting involved.

The bipartisan “Power On” Act was unveiled in front of a Dallas electrical substation by Republican Senator John Cornyn and Democratic Congresswoman Eddie Bernice Johnson. It will include grants worth $500 million to help weatherize vital infrastructure.

Cornyn and Johnson stated that their bill “aims to prevent a potential extreme storm, like the one that hit Texas in February, from crippling our electrical grid and leaving countless Texans without power for days at a time.”