This weekend South Padre Island saw large groups of visitors, this has given hope to local business owners about an economic boost to the area.

City leaders and business owners are preparing for a surge of tourists after almost a year of restrictions.

“The island has seen a real influx of travelers because there is a demand,” Director of the Convention and Visitors Bureau, Ed Caum, said. “People want to be where? Outdoors, doing things outside, safely with friends and family.”

Also preparing for a surge of visitors is the South Padre Police Department, stepping up safety efforts by increasing patrol and regulating traffic and security, and increasing staffing levels on weekends.

Local business owners say this is the opportunity for them to recover after a year in revenue losses.

“It was a real bad hit, especially when we had to shut down the in-store dining for so many months, but we’re hoping so, we’re cautiously optimistic,” said Michael Sularz, part-owner of the family-owned business D’Pizza Joint. 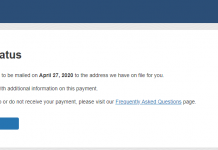