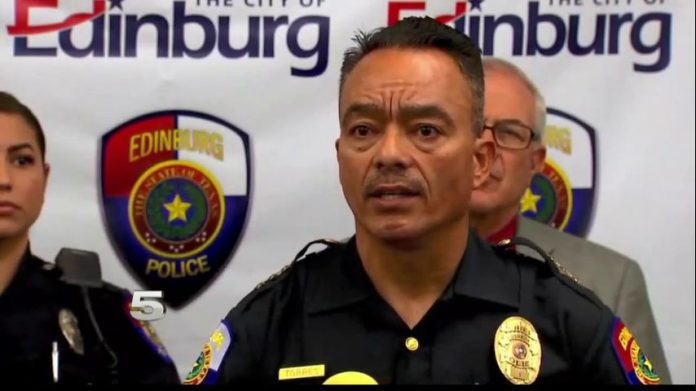 Edinburg Police Chief Cesar Torres has been placed on administrative leave earlier this week, the city has confirmed.

When asked for comment about the reason for Torres leave the city spokeswoman Ashly Custer said: “The City of Edinburg does not comment on personnel matters.”

According to different sources, Chief Torres has three separate incidents leading up to the administrative leave, including a suspension for five days on January 2020.
Prior to the suspension, in December 2019 a conflict of interest arose when the chief was instructed to have the police department look into a situation involving him. At the time according to city documents “rather than rely on an independent subordinate, Chief Torres investigated the allegations himself” and closed the investigation raising ethical concerns at the city.