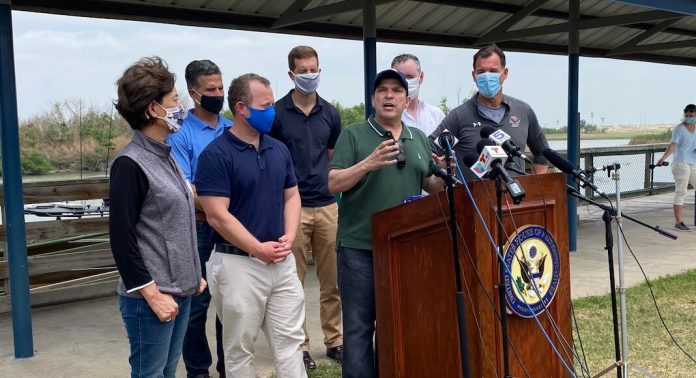 This week the bipartisan delegation called the Problem-Solver Caucus toured the U.S.-Mexico border, after the tour, lawmakers from the delegation gave their opinion on possible solutions for the migrant surge.

Rep. Vicente Gonzalez proposed at the delegation to set up in-country processing facilities.

“People can show up in a very humane first-class facility like what we have here or even better and be processed there and if they qualify for asylum they can come to the country,” said Gonzalez.

Ariel Ruiz-Soto, a policy analyst at the Migration Policy Institute says that working with Mexico and Centro American Countries is key to find a solution, but it will be complex considering the immigration system.

“In fact, it has to be based on the capacities of each of these countries to make sure they are able to process migrants for protection and guarantee that they are safe while in that country,” said Ruiz.

“We think in order to have a real solution it’s something that has to be done in a bipartisan way,” said Gonzalez.

Aside from Rep. Gonzalez’s suggestion, no further solutions were proposed by the delegation. However, each member continued to reemphasize their commitment to work in a bipartisan manner once they’re back in Washington.