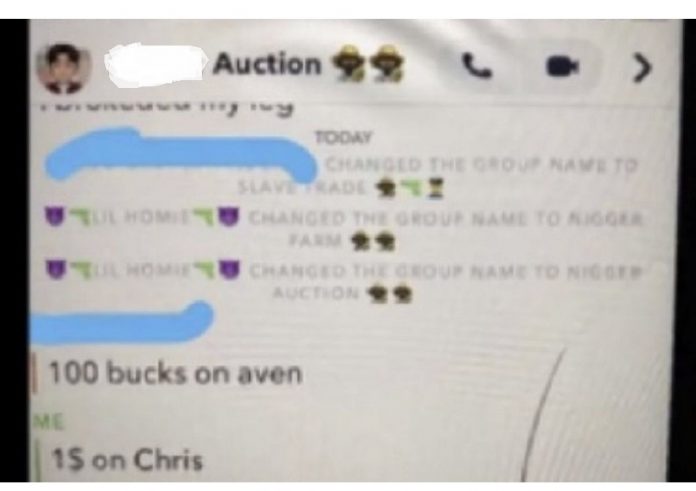 In the city of Aledo (Parker County, Texas, USA), a school sanctioned several of its students staged an alleged slave auction, through the social network Snapchat, in which they tried to ‘sell’ their black companions.

At the ‘auction’, which took place a couple of weeks ago and was titled ‘Auction Ni–er’, the students bid with bids of between 1 and $ 100 for their classmates.

In one of the viralized screenshots on social networks, you can see how one of the students, in ninth grade, offered a dollar for his classmate Chris and claimed that he would have offered more for him “if his hair weren’t so bad.”

The Aledo Independent School District issued a statement to ensure that racism has no place there.

“The use of inappropriate, offensive and racially charged language and conduct is completely unacceptable and prohibited by district policy,” said Superintendent Susan Bohn.

The authorities of the establishment assure that they launched an investigation “that involved the police” and that there were “disciplinary consequences” for those involved, although they did not specify more.