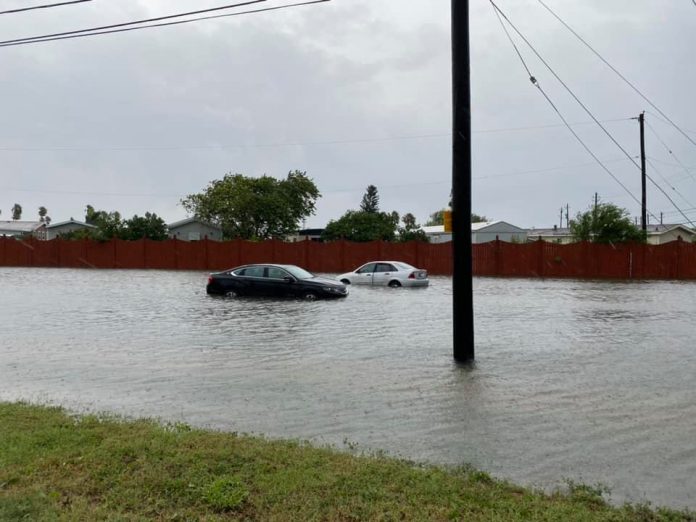 South Texas officials fear flooding will occur during the Atlantic Ocean hurricane season that begins June 1 because a levee system remains incomplete months after the construction of the wall on the Mexican border was suspended.

There are at least four gaps in the levee system that protects the Hidalgo County region from flooding during a severe storm, county judge Richard Cortez told the Border Report. Richard Cortez spoke from the banks of an earthen levee built to protect the delta region from seasonal flooding from the Rio Grande. He commented that as part of the border wall construction work during the government of former President Donald Trump and to facilitate the passage of machinery, gaps were made in the region’s levee system, but they were not repaired before President Joe Biden issue an order to suspend construction of the wall after he took office in January.

Local authorities have identified four breaches that could pose a threat to public safety during the annual hurricane season that ends on November 30. Ricardo Saldaña, the coordinator of the Hidalgo County emergency management office, told an afternoon news conference that the levees have worked well in the past, but that the gaps endanger surrounding communities. He added that federal agencies, including the US section of the International Boundary and Water Commission, had been contacted about the concerns.

The commission oversees water treaties between the United States and Mexico along the binational border. Lori Kuczmanski, the commission’s public affairs director, said in a mailed statement that the agency “is very concerned about the gaps in the levees of the Lower Rio Grande Valley” and “has reiterated to the Army Corps of Engineers of the United States and Customs and Border Protection the immediate importance of providing flood protection to the local community. ”

He added that the commission requires that anyone doing work on the agency-supervised levees “have a plan to ensure the integrity of the levees against any flooding that may occur during hurricane season.”