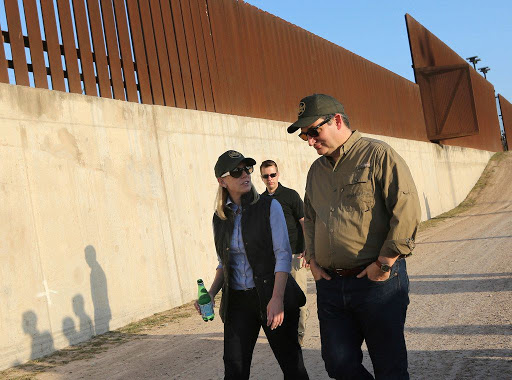 Breaches made in the border levee system could wreak havoc before the hurricane season. The levees, which can be as tall as 25 feet in some areas, were built under the 2006 Safe Fence Act to protect this delta region from Rio Grande flooding.

Now U.S. Senator Ted Cruz, a supporter of Trump’s wall is urging the White House to fix the breaches.

Hurricane season begins on June 1, the breaches that were made under the Trump Administration stopped once President Joe Biden took office in January but the levees haven’t been put up completely.

“Your decision to halt levee wall construction when you halted border wall construction has left hundreds of thousands of residents vulnerable in the Rio Grande Valley (RGV). We have heard from Hidalgo County officials and residents that as hurricane and flooding season soon approaches, the unfinished border wall levee system in Hidalgo County is a matter of urgent public safety. They have been emphatic—remediating the levee wall system should be an emergency priority. We urge you to allow the RGV Border Patrol Sector to complete and reinforce the compromised and unfinished levee system in Hidalgo County immediately.”

According to Sen. Cruz, a Colorado State University study pointed that this hurricane season may be a strong one in the U.S. with 17 named storms, including eight hurricanes, and four are expected to be major. Sen. Cruz didn’t specify if these hurricanes were predicted to head towards the Texas border.