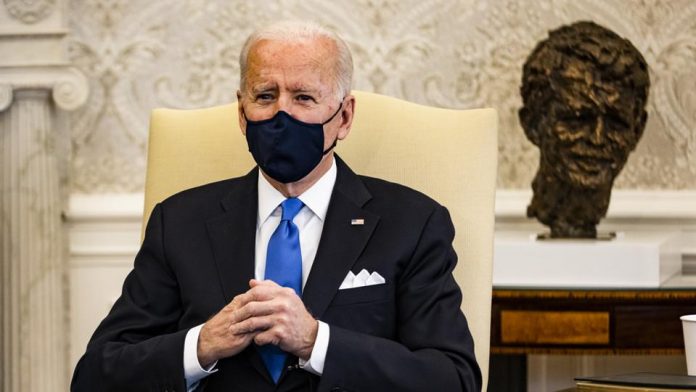 The Texas Attorney General filed a new lawsuit against the administration of President Joe Biden, this time for “encouraging the spread of Covid-19” by allowing immigrants to enter the country, who could potentially be infected with the virus.

“President Biden’s utter disregard of the public health crisis in Texas by welcoming and encouraging mass gatherings of undocumented aliens is hypocritical and dangerous,” Ken Paxton, state attorney general, said in a statement to the media.

“This reckless policy change stifles the reopening of the Texas economy at a time when businesses need it most and when our children need to get back to in-person learning as soon as possible,” Paxton said.

The Texas Attorney General’s Office indicated that the federal government’s decision to admit immigrants and asylum seekers, the vast majority of whom are minors, without the company of a parent, a legal guardian, or families with young children, leads to the overcrowding of Customs and Border Protection (CBP) centers and shelters opened by the Government.

“For the safety of Texas, our nation, and the children housed in these facilities, I will use every available resource to sue the Biden administration and end these failed policies,” added Paxton, who has already filed several lawsuits against the President’s policies.

Since Biden arrived at the White House last January, Paxton has sued the government to prevent the suspension of the Migrant Protection Protocols (MPP) policy, whereby asylum seekers had to wait in Mexico until their request, and also the public charge rule, with which permanent legal residence could be denied to immigrants who resorted to public assistance.

Paxton later won a legal victory over Biden, after the measure that stopped deportations for 100 days was suspended by a judge.