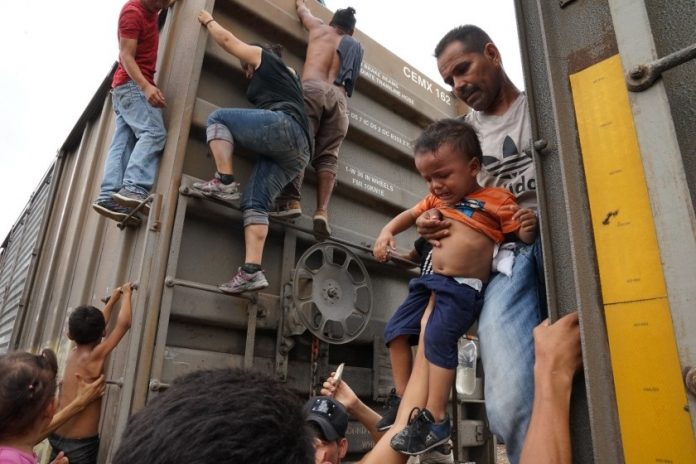 Detentions of migrants trying to enter the United States illegally through the Texas border hidden on trains from Mexico increased 60% so far in the fiscal year 2021 compared to the same period last year.

This is reflected in the figures from the Customs and Border Control Office (CBP, for its acronym in English) that so far this year they report 292 arrests in the area that contrast with the 181 that occurred in all of 2020.

“It happens almost every time CBP officers in El Paso process a freight train arriving from Mexico. Migrants are discovered trying to use the railway system to enter the country without being detected,”

This practice is further aggravated by the time the crosses are made, which most of the time take place at night. Specifically between midnight and six in the morning, which is when the trains cross so as not to affect the street traffic in downtown Juárez.

Onboard these trains, migrants are exposed not only to being maimed by an accident or being robbed by organized crime groups but also to cold winter temperatures and extreme summer heat while trying to stay hidden.

“We cannot emphasize how dangerous this practice is and we encourage anyone who considers this not to continue with their plans (…) People get on the wagons and hide in places that are not designed to house human beings.

Fortunately, we have not yet found anyone who has been mutilated trying this, but I am afraid that at some point we will, ”said CBP Director of Field Operations Hector Mancha. CBP officers in the area process wagons arriving at the Burlington Northern Santa Fe and Union Pacific crossings on either side of the Paso del Norte International Bridge, just south of downtown El Paso.