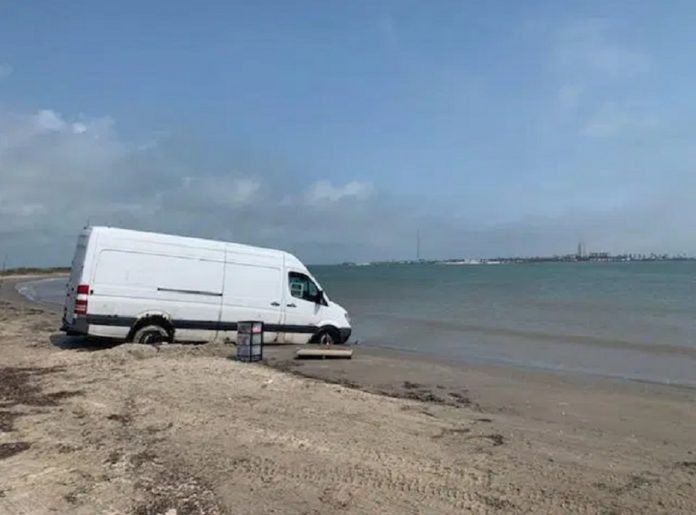 Yesterday, a tow truck was called near Boca Chica Beach at what seemed a routine vehicle tow, when the tow driver arrived and proceed he found the body of a 56-year-old man after pulling a minivan out of the water.

The tow driver called Cameron County Sheriff’s office, which responded to the scene around noon.

Primary reports show that the unidentified man, from Florida, may have drowned overnight.

Because of the location of the truck, authorities believe that he tried to call for help but couldn’t get through because of his location.

An autopsy has been ordered to determine the cause of death, the story is still under investigation.