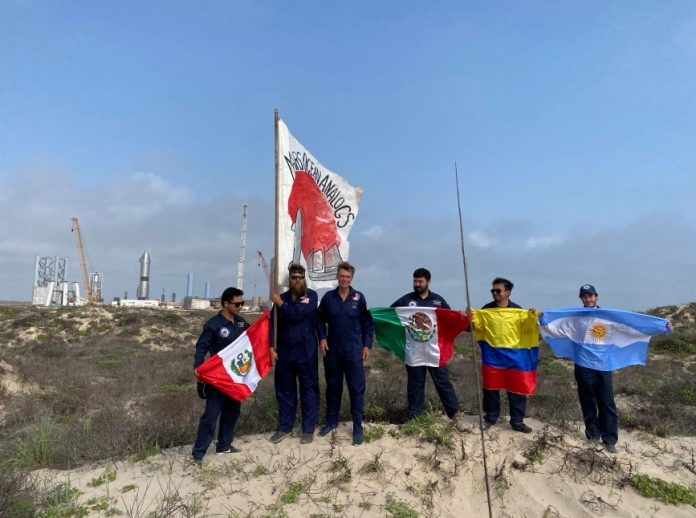 The MOAs are intended to simulate what it would be like to be aboard a spacecraft, with no one to call to for help and only your crewmates to rely on for survival.

SpaceX CEO, Elon Musk, recently made headlines for saying that “a bunch of people probably will die” at the beginning of Mars exploration, during an interview.

But analog astronauts are well aware of those dangers, and that is why they are trying to prepare as much as possible.

Luis Dias, 28, from Peru, Marcos Bruno, 25, from Argentina, Danton Bazaldua, 27, from Mexico, and David Mateus, 25, from Colombia, have all taken part in other analog missions around the world, some funded by NASA.

They will be out at sea for two weeks and will sail to Palm Beach, Florida, where they will take the next analog crew to sea.