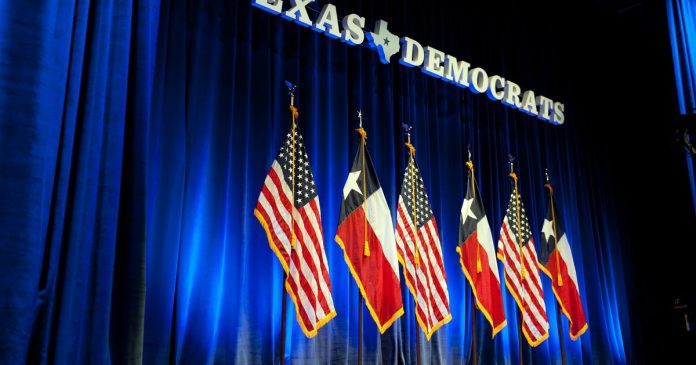 Austin, Texas – Democrats hoping for some encouraging signs in Texas found none this Saturday in a special election to fill a vacant seat in Congress. Instead, they were excluded from a runoff that will now see two Republicans fight for the seat in North Texas.

The two Republicans, Susan Wright, who was endorsed by President Donald J. Trump, and State Representative Jake Ellzey, emerged as the top voters in a special 23-candidate, all-party election to replace Mrs. Wright’s husband, United States Representative Ron Wright, who this year became the first congressman to die from Covid-19.

Jana Lynne Sánchez, a Democrat who performed surprisingly strong for the seat in 2018, came in a close third, leaving the two Republicans fighting for the seat her party has controlled for nearly four decades.

Democrats who needed a strong turnout to be competitive didn’t get it. They expected to see signs of weakness in the Republican brand due to the state’s disastrous response to the brutal February winter storm or any signs of weariness with Trump, but they didn’t see it either.

Michael Wood, a small businessman and Navy veteran who gained national attention as the only openly anti-Trump Republican in the field, got just 3 percent of the vote.

Democrats have not won a state race in Texas since 1994. When the seat is filled, the Texas House delegation will consist of 23 Republicans and 13 Democrats.