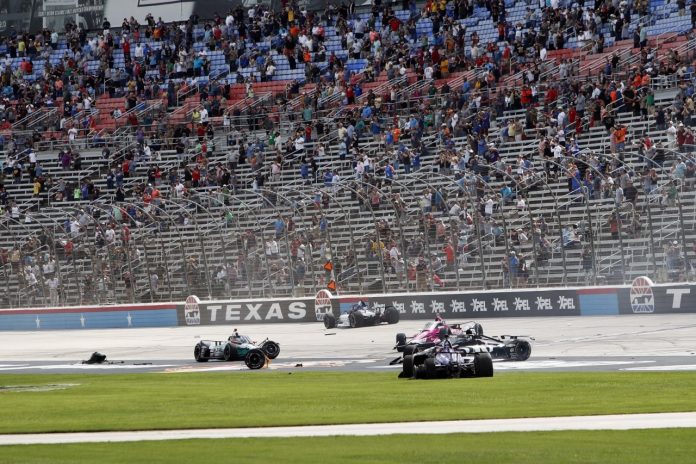 A six-car accident at Texas Motor Speedway forced race four of the 2021 IndyCar to be neutralized as soon as it started.

The accident occurred when Pietro Fittipaldi’s Dale Coyne Racing struck the rear of Sebastien Bourdais’s AJ Foyt Racing-Chevy, causing him to collide with Alexander Rossi’s Andretti Autosport car. Fittipaldi suffered a sprained finger as a result of the impacts that followed that first crash.

That unleashed more chaos, and Dalton Kellett and Ed Jones also became victims. The Carlin team was also eliminated, since its only representative, Conor Daly, crashed in that same action.

“In general, in IndyCar I think we have too many crashes in the starts and I think we should probably look at it,” Daly told NBC SN. “There is an accordion effect. To be honest, everything seemed fine, everyone was speeding up, I had the best view because I was the last one, but it only takes one person to crash for everything to mess up.”