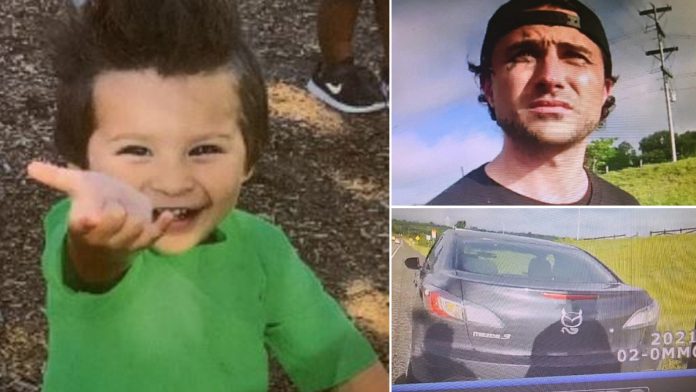 BURTON, TX — An AMBER Alert has been released by the Texas Department of Public Safety for a young boy from Austin who was last seen Sunday morning in Burton.

Burton is about 10 miles west of Brenham, and about 60 miles northwest of Houston.

Wyatt Crowley is a 4-year-old white boy with brown hair and brown eyes who stands 3 feet tall and weighs about 30 pounds. At around 8 a.m., he was last seen on FM 390 in Burton. He was wearing a Spiderman sweatshirt.

Joshua Crowley, 36, is thought to be the father of the boy. A brown-haired white man with green eyes. He stands about 5’9″ tall and weighs 140 pounds. He wore a baggy black t-shirt and a red bandana around his neck.

They’re thought to be in a black Mazda MZ3 sedan with Texas license plate 737763C.

Police have not released any further information about the couple, but they suspect the child is in grave danger.

The AMBER Alert was released from Austin, but the suspect was last seen in Burton, according to police.