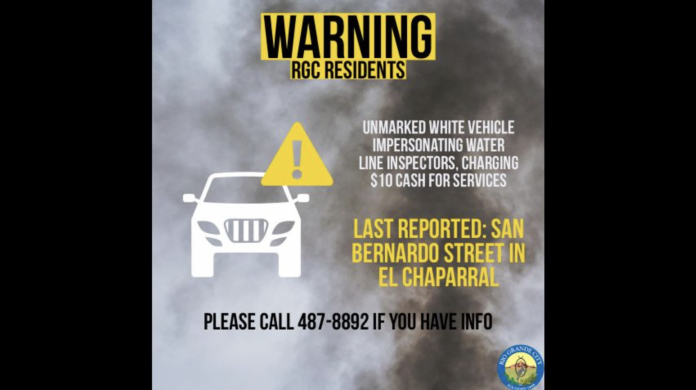 Rio Grande City is asking its residents to be aware of door-to-door scammers.

An alert has been released by the City about two men visiting neighborhoods and charging residents $10 to check their water lines.

Those men do not work for the city, but their identities haven’t been released at this time.

The scammers are reportedly been traveling in a white unmarked vehicle.

The city is also asking residents to cooperate in the investigation if they’ve seen them by calling 956 487 8892 to give more details.