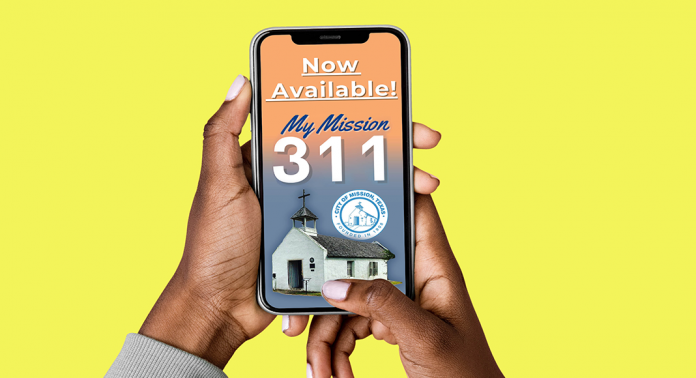 Mission residents can now get in touch with the city with a simple click. Reports for damages, concerns, or complaints can be made on MyMission311 app.

The city of Mission launched an app called MyMission311 where residents can easily make a complaint which gets to the city and where the City can also make a quick response to residents.

The city says it provides two-way communication between real people: the city employees and the residents.

The app which is available for iOS and Android users gets download to a mobile device, once the user makes a complaint, the complaint is received and a message with a response saying who is looking into the situation is sent.