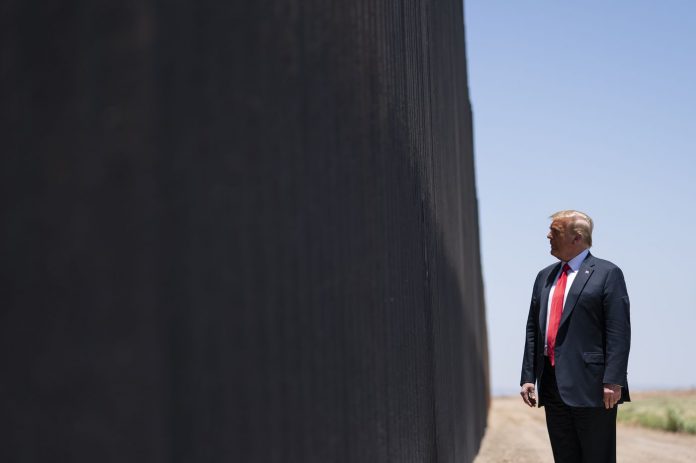 Texas Governor Greg Abbott announced Former President Trump’s visit for next week.
Abbott said he will host Trump as a part of a border security briefing that will be held Wednesday.

Abbott’s office said Trump will take part in a border security briefing with state officials and law enforcement that will be held at the Weslaco DPS Headquarters.

The visit will also include a tour of the unfinished border wall, according to a media invite sent by Abbott’s office.