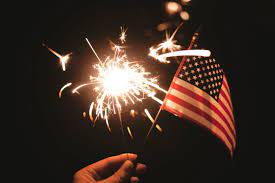 Following this weekend’s celebrations, an 8-year-old girl from Pharr suffered what officials have described as “serious head trauma” in a fireworks accident.

According to a news release from city officials, Pharr firefighters and emergency medical services responded to the accident around 5 p.m.

The girl was sent to McAllen Medical Center after she was injured due to a projectile from fireworks.

The city has yet to release any details about the girl’s current condition or the location of the incident.