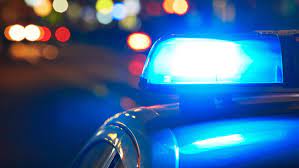 The Texas Department of Public Safety is investigating a rollover crash that happened in Cameron County Saturday night.

A preliminary investigation revealed the driver of a red 2002 GMC Sierra was traveling southbound on Weber Road, a gravel road, at a high speed and entered into a left side skid then turned onto its side.