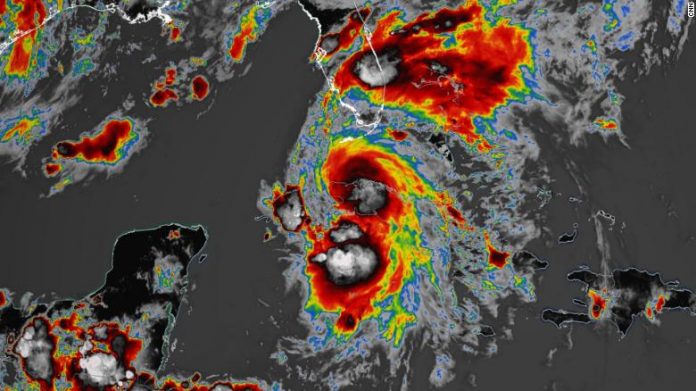 The National Hurricane Center has announced that Tropical Storm Elsa is strengthening slightly as it moves past Key West toward Florida’s Gulf Coast this Tuesday morning.

A hurricane watch was issued Tuesday morning for some parts of West Florida, including Pinellas, coastal Pasco, Hernando, and Citrus counties.

At 11 a.m. ET, Elsa had maximum sustained winds of 60 mph. The system was moving north-northwest at 10 mph with tropical-storm-force winds extending outward up to 70 miles from the storm’s center.

Elsa is expected to move northward Tuesday and move near a subtropical ridge and a low pressure system in the Gulf Tuesday night.

It is forecast to make landfall along the north Florida Gulf Coast Wednesday morning before it moves northeastward across the southeastern United States, the hurricane center said.