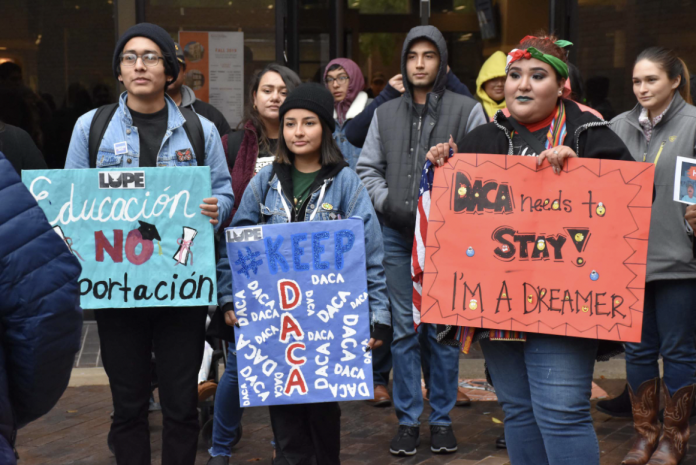 But according to the US Citizenship and Immigration Services, requests have dropped by nearly 100,000 nationally.

“There have been acceptances, but fewer, or at a lower rate. We haven’t seen as many people get denied. We’ve just seen delays in the process,” says Abraham Diaz, a member of LUPE.

Diaz said that delays due to the pandemic affect people’s ability to put food on the table.

“USCIS taking more time not only affects the lives of people applying,” Diaz said. “But also their families, communities, and places of work that are looking to employ more people.”

The Texas Economic Growth and the Texas Opportunity Coalition report 14,420 Dreamers live in McAllen and contribute nearly $40 million in federal, state, and local taxes, holding the spending power of about $140 million.